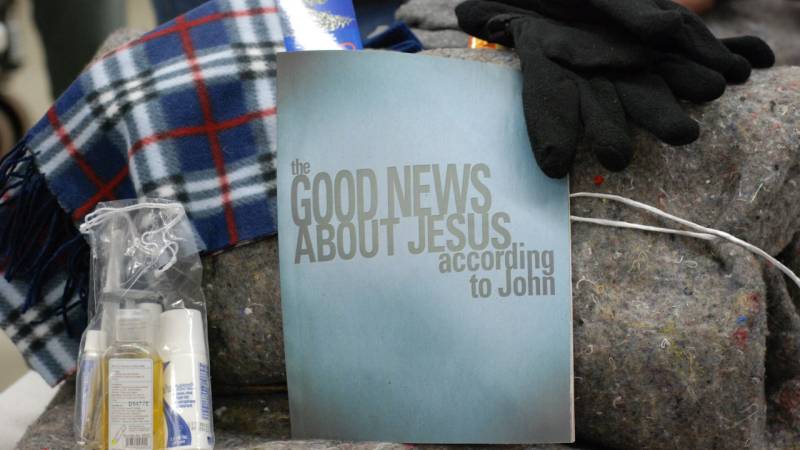 Give Warmth to the Homeless This Winter

Just $36.30 will outfit them with the essentials. Last year, I had the opportunity to travel with a team from Watermark Community Church here in Dallas to Albania, in partnership with Campus Crusade for Christ (CRU), on a short-term discipleship trip to share the Gospel with Albanian High School Students. The Lord used those 11 days this past July to transform my understanding of what it means to live on mission in my everyday life and I count my experience among the most formative in my journey with Christ to date.This year, I’m excited to share with you that I have been asked to return to Albania in July as a team leader! I, along with my co-leader Marlie, will be leading a team of 6 young adults from Watermark as part of a larger group of 40 to serve not just Albania, but in Poland and Hungary as well.
A Refresher on Albania
The apostle Paul preached in what is now modern day Albania on his way to Rome and for over 1,000 years the Albanian people practiced either Roman Catholicism in the north or Byzantine/Greek Orthodoxy in the south. The Ottoman conquest in the 14th century began the conversion of the majority of the population to Islam where it remains today. However, after independence in the early 20th century and especially following the rise of communism after World War II, the ruling parties of Albania advocated for an irreligious society and through the suppression of both the Muslim majority and Christian minority, Albania became the world’s first “Atheist state” until the fall of communism in the late 1980’s. Today, 58% of Albanians identify as Muslim while 16% identify as Christian but the discouragement, then downright suppression of religion during the last 100 years has lead many of those who claim one of these faiths to live very secular lives, not unlike here in the United States. With the scars of communism and the genocide of ethnic Albanians in neighboring Kosovo still fresh on the minds of many, there is still a need for deep spiritual healing among the people.
What Are We Doing?
Once again, in partnership with CRU, we will be leading a summer camp for high school students in Elbasan, the third largest city in the country. We will have the opportunity to teach English, play games, build friendships, have conversations over coffee, and share the Gospel of Jesus Christ. As the first generation of Albanians to live outside the influence of communism and suppression of religion in almost a century, there is an amazing opportunity to help encourage the believers who are already there as well as to share the truth and hope of Christ with those who don’t yet know him.
Thank you again for your blessing and partnership. It means more to me than you know!
Marc