Support Missionaries on the Frontlines and Have Your Gift DOUBLED 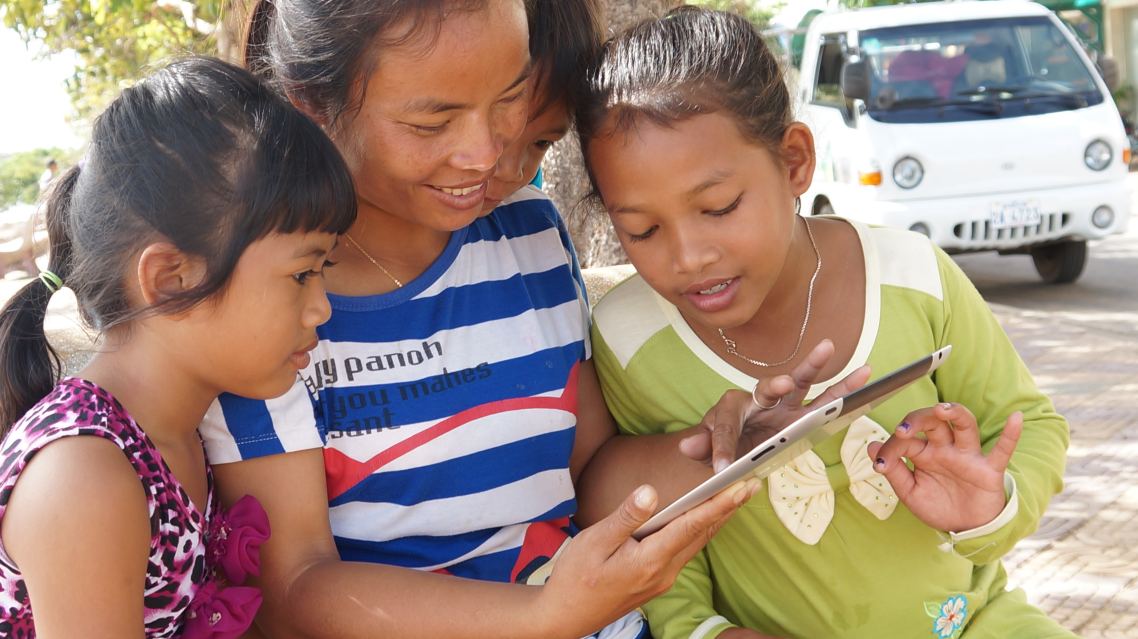 Thank you for your prayers and encouragement. Your partnership is making a difference. I hope you will enjoy these wonderful reports. Our Lord is calling His children to Himself in a most difficult, resistant area of Southeast Asia.

The people of her village called her Mrs. Red*. She was demon possessed, and would sometimes fall into a trance, scream, and become violent. Her disruptive behavior was not unusual in her village. Everyone knew her and feared the spirits.

A two-person film team working with a partner ministry rode their small motorbike to her village. It took nearly three hours, going through rural, mountainous terrain. The team went into her home and prayed with the family. All eyes were on the team as they interceded for Mrs. Red. They prayed for two days, seeking her deliverance.

They laid hands on Mrs. Red, commanding the demon to leave. But it strongly resisted, trying to intimidate them. Finally, a demonic voice spoke to the team: “I don’t want to leave this woman. If I do, then God will come to this valley.”

After several more hours of prayer and struggle, the demon yielded and left. Mrs. Red began to experience freedom as she learned about Jesus. She memorized Scripture. And the team showed her the “JESUS” film so she could see and hear the story of the Son of God who had delivered her. Mrs. Red became one of the first Christian leaders in her region. Many witnessed her transformation and heard her testimony. There are now eight churches and 300 believers. Just as the demon feared, God came to her valley!

I share this story with you because Mrs. Red represents a great awakening that is taking place in this very challenging Asian nation. The people are steeped in ancestor worship, fearful of demons, and controlled by a communist government that censors all contact from the outside. The many ethnic groups know nothing of the Bible, Christianity, or the story of the gospel. They are oral societies; nearly 100 different tribal peoples live among the mountains and valleys—isolated physically and spiritually. But that resistance is fading. God is moving. Churches are growing rapidly. It’s wonderful that we can all have a part.

Back in 2002, a pastor from this same people group went to the Philippines and was trained in using the “JESUS” film. Pastor Long returned home with showing equipment he was given and began sharing the film. It was not easy. The people were deeply entrenched in spirit worship, cut off from the outside. They were so spiritually blind that it was difficult for them to receive the story of the gospel.

So, Pastor Long prayed. He loved the people and shared the gospel individually. He made the message as simple as he could and prayed that God would show His power through miracles to break through the spiritual strongholds … and He did.

Many were delivered from demonic oppression. Eyes saw. Ears heard. Hearts understood. As people came to faith, Pastor Long showed the “JESUS” film again, so they could begin the process of discipleship.

Then came the resistance. The ministry worker who shared this said: “Everyone fears the spirits. If a village member follows Christ, word spreads immediately. There are no underground churches. The pressures are enormous when people follow Jesus. I know of one believer who died. An angry mob came and stole his body, so he could not be buried in the village cemetery, angering the spirits. This is why it’s so important to disciple the new believers. They are helpless against the pressures unless they know who their Lord is and have the Word of God in their hearts.”

Yet the church grew—400 new believers in three villages in just 18 months! Greatly alarmed, the authorities threw Pastor Long in prison for a year, for “disrupting unity.” While he was imprisoned, the churches multiplied, becoming 12 churches!

Finally, in frustration, the authorities asked Pastor Long, “What do you want?” He replied, “Nothing except freedom to worship God.” They not only released him but allowed him to build a church. It has become a great center for training and discipleship.

This ministry partner reports that they are now seeing “unprecedented growth.” They have held 279 seminars where they trained 6,685 leaders (most are former spirit-worshippers), equipping them with “JESUS” for evangelism and discipleship. In the last five years, they have planted 924 churches. Some of the churches have planted other churches, reproducing themselves to the fourth church generation.

God did not come to just one valley as the demon feared, but He is coming to the whole nation—nearly 100 ethnic groups! One older woman they recently reached with the gospel said it all: “I have never heard this before. Why didn’t someone tell me sooner about Jesus?”

New Christians here have a burning vision to plant one or more churches in every province and ethnic group. They want to provide training to make disciples. This is why they are asking for video tablets and portable showing sets to disciple the many new believers.

The Jesus Film Project® leader for this nation said, “There is growth of the kingdom here we have never seen. These workers just need the tools, the video tablets, showing sets, and smaller tools like microSD cards for use in the cities. They need these tools to make the gospel real and then disciple them and help them grow in their faith.”

This is why I invite you to help win and disciple these new believers, to help them grow in their faith, and establish reproducing churches. As He leads and enables, I hope you’ll consider equipping a trained new believer with a solar-powered video tablet with Bluetooth speakers for a gift of $530. You can fund all or a portion through a gift of $50, $100 or $250.

You may also designate your gift to help equip a waiting film team with a Church-Planting Backpack Kit. The cost is $2,980, but your gift of any size will make an eternal difference. Over a kit’s useful life, workers can present “JESUS” and other Jesus Film Project® media to up to 30,000 people and plant as many as 30 churches. Several hundred kits are being requested.

Or you can equip a church-planting “JESUS” film team with six microSD cards for a gift of $60. As people watch “JESUS,” they often ask if there is a way to watch it again or to show the film to their families. These memory cards will do that. They fit in nearly every smartphone and can contain “JESUS” and other films in up to 10 languages. The films can be watched again and again or passed from person to person.

You can also send 20 DVDs of “JESUS” in a people’s heart language for a gift of $90, or you can supply a worker with a NewLifeBoxTM Kit for a gift of $205. These are amazing pocket-sized, battery-powered devices that create a Wi-Fi-like hotspot. A message will appear on a person’s smartphone in their language, “Watch a film about Jesus.” They will have access to the gospel instantly even in remote or closed areas. You can also support one week of a film team’s ministry through a gift of $290, as He may lead.

Again, thank you for your generosity. It’s our commitment to steward your gift well. Thank you for helping everyone, everywhere to experience God’s love and forgiveness. God bless you for your partnership.

PS. Hundreds of video tablets are needed, particularly for use in closed nations. They are pre-loaded with a variety of films, all in the local languages. If possible, please give today, enabling you to potentially claim a tax deduction for 2022. You can also safely give via credit card by calling (800) 918-9929. Also consider transfers of stocks, securities, real property, from a donor-advised fund or your IRA. Please visit: www.jesusfilm.org/planned-giving. You can email stock@jesusfilm.org or ira@jesusfilm.org to begin the process of making a tax-wise gift today. Thank you.

*As you know, we need to protect Christians, leadership, the churches and ministry in these dangerous locations. This is why I don’t mention the name of this nation and change the names of the people. For the same reason, it is best that I not name this well-established and effective ministry partner that uses “JESUS.”