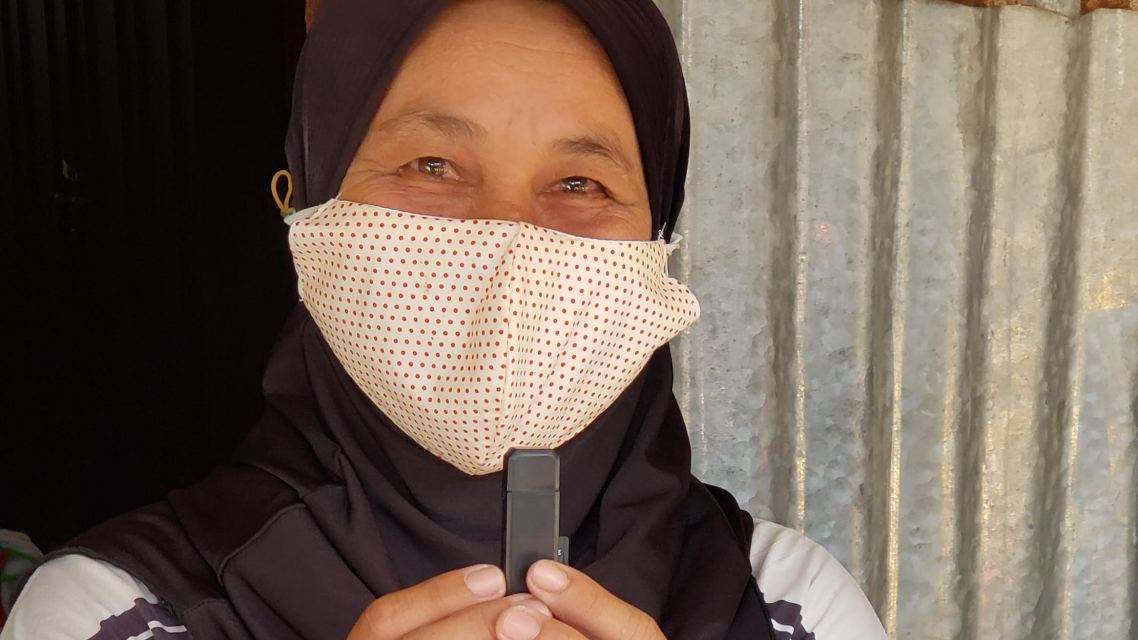 God is using you in such wonderful, exciting ways!

For your faithful prayers, for your generous gifts, for being such a committed partner in this global endeavor in service of our Lord, I thank you!

Their mouths dropped wide open. “How could this be? No one can do this! It’s impossible!”

A small group of men were watching a short clip from the JESUS film on a video tablet. It was the moment when the Lord raised Jairus’ daughter from the dead.

One of the men (let’s call him Elan) turned to the JESUS film worker (I will call him Grady).

“Does Jesus still do that today?! Please, would you play that again for us?” For deep in Elan’s heart, something—or Someone—was telling him that this was more than a film. It was truth.

Elan and his friends were from a distant mountain village in Bolivia, South America. They had gathered at a conference for indigenous peoples. And not once had they ever heard of Jesus. It’s why Grady and his fellow team members had come to the conference, to tell them.

Grady played the clip again and, at Elan’s request, a total of seven times in a row! Deeply moved by what he saw, Elan wanted to learn more. Sensing the work of the Spirit, Grady explained: “Jesus bringing the dead back to life is only part of a greater story.” He then told Elan about the love of Jesus and His sacrifice for the sins of all mankind, including Elan’s.

The next day, Elan couldn’t wait. Before the conference started again, he took Grady by the arm. “Show me the film, all of it!” Grady replied, “The next session is starting, I don’t know if there is time.” But Elan was insistent. “How can I tell my people if I don’t see the stories of Jesus in that film?”

So, Grady pulled out his video tablet and started the complete JESUS film. Others from Elan’s tribe gathered around to watch. Grady said, “They were astounded by every miracle, especially when Jesus returned sight to blind Bartimaeus. They laughed when Jesus outsmarted and put the Pharisees in their place, fell silent during the crucifixion, and were thrilled when He returned from the dead and appeared to the disciples.”

Elan became the first person in his small language group of 700 people to receive Christ. He pressed Grady, asking if JESUS could be translated into their mother tongue of Nukak Maku: “I want my people to know Jesus, too. I want to share this story with them!” *

* Elan understood Spanish, the language in which they watched JESUS. Nukak Maku is but one language of thousands that need a translation of JESUS. I have edited some of the stories and quotations from the field for better understanding.

And all it took for Elan to believe was a video tablet in the hands of a trained worker, a film based on the Word of God, the miraculous work of the Holy Spirit, and you. Thank you!

I would like to take you now from Bolivia, across the Atlantic Ocean, to the tiny West African nation of Togo. Witchcraft, voodoo and a growing, aggressive religion have led many to oppose Christ and His followers.

A man, Pastor Dinga (not his real name), attended a five-day training seminar on how to use JESUS along with digital tools and strategies to reach people in nations like his, where open showings of the film can be dangerous.

He returned home, enthusiastic over all he had learned. He thought of his neighbor, an elderly man, sick and rejected. I will call him, Kaku. Tragically, this man’s family had abandoned him. Rather than living his last years in a home of love and family, Kaku moved with difficulty through empty rooms, devoid of hope.

So, Pastor Dinga took a bold step. Entrusting himself to God, he went and knocked on Kaku’s door. As he waited, he knew that sharing the gospel could provoke a reaction. The man could alert others ... radicals, costing him his life. The door opened.

Pastor Dinga explained that he had come to show Kaku a film about Jesus. Feeling the pastor’s love, the elderly man’s reaction was unexpected. “You are a Christian. You are the only one who has come to see me. Come in. I will watch.”

The pastor turned on the video tablet and started JESUS in Kaku’s mother tongue. The Living Word of God penetrated deep. Kaku believed and received Christ. Made new in Him and transformed, he could not contain his joy.

He asked Pastor Dinga to come back so his whole family could watch. On his return, Pastor Dinga found not an empty, depressing house, but one filled with family. They all watched. Kaku’s wife believed first and then others.

Today Pastor Dinga visits the family to disciple them in their new faith. He is using that video tablet and the effective follow-up series, “Walking With Jesus.” A once sick and lost elderly man has found healing and restoration of his family and home … the very love of Christ.

And that training conference? There were 90 other pastors and evangelists learning the same strategies to use video tablets and other digital devices, the Jesus Film Project® app and more. They are now working in 16 countries of Africa, sharing the gospel with open hearts like Kaku’s, even in closed, resistant nations. They will be using the same digital tools that friends of JESUS, people like you, graciously supply.

I have one more inspiring report to share, if I may! There is an area of Asia that is best unnamed because the people of the villages follow a religion hostile to Christianity. A Jesus Film® staff couple, Curt and Janna, had been delivering food to homes in poor villages during the COVID-19 lockdowns—to people who usually will not listen to “the Christians.” But as relationships were established, hearts began to open.

Sensing an open door, Curt and Janna began to show these people short segments of the JESUS film to introduce them to the source of the love they had been experiencing.

Curt wrote: “It was such an open door … when we went to hand out copies of the entire film, we were surprised by the people’s response. Maybe you can tell by the light in her eyes, but this woman was genuinely delighted to get this copy of the JESUS film that plugs right into her phone. When you don’t have food, work, Wi-Fi or spare cellular data, free religious films during Ramadan are very welcome! A story that accurately tells you about Jesus is of value that’s infinite and eternal. And it’s a big task. In the last week Janna identified over 100 families that don’t have enough to eat, and just down the road from us. We want to get as many as we can their own digital copy of JESUS.”

These are just a few of the many reports we receive from staff, volunteers, churches and partners the world over who are using these digital tools and strategies.

Would you again express your generous heart and be moved to help equip thousands of waiting workers, volunteers, pastors, and ministry partners with these versatile tools: video tablet sets, DVDs, microSD cards, USB sticks, NewLifeBoxes and funds to stream JESUS and other films over the internet? Would you shine the light of His love into the darkness for people who have never once heard the gospel?

Should you feel His leading, perhaps you can help as a family or through your small group or online Bible study. As we continue the COVID-19 isolation, you might want to read these wonderful reports to your group in a Zoom® or conference call and invite them to join with you in helping, however He may lead and enable you.

Thank you for your prayerful consideration and for your faithful partnership.

Workers are ready, as soon as we can send them the tools to show unreached people JESUS, in the language of their hearts. Let’s pray and work together—His body on earth—until every person in the world has had that one chance to experience the power of His Word contained in JESUS and to learn what He has done for them. God bless you.

PS. The enclosed information sheet will tell you more. Please take note of the remarkable NewLifeBoxes. These amazing technological devices shine His light in the most difficult of places, enabling unreached people to watch or download JESUS privately and safely. The requests for these tools grow as workers around the world see the Holy Spirit moving and hearts are opening. Now is the time to tell them the good news. To donate today, please click the “give a gift” button. If you would prefer to donate by phone, please call us toll-free at 1-800-918-9929.