JESUS Translations—Give people the Word of God in their heart language. 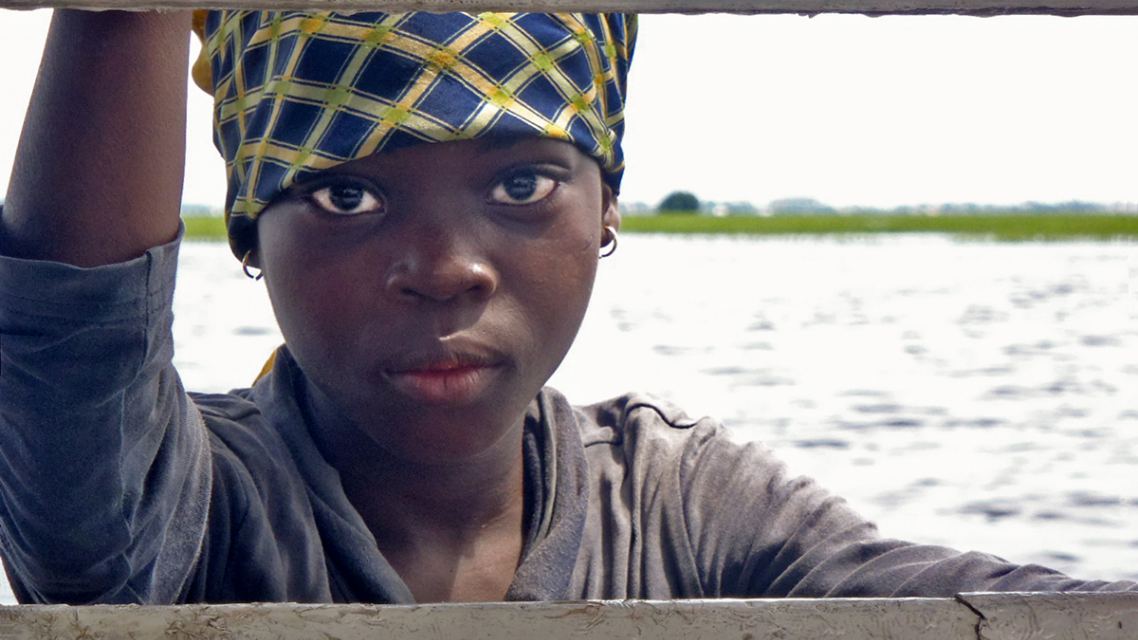 Eyewitnesses describe the moment as miraculous—when people watch and hear JESUS in their heart language—when at last they truly understand the gospel.

“A symphony of praise filled the air as Jesus spoke in their language.” That’s how a JESUS film worker described one such moment.

He was attending a new language premiere of JESUS in the Eda language, spoken by the Kadara people of West Africa. Generations ago, they fractured into three classes, each having developed their own dialect of Eda.

The result was jealous class warfare, conflict, and divisions over small differences. Even in the few Kadara churches, Eda-speaking believers segregated themselves by class and dialect. And they didn’t have JESUS in their common language, much less the dialects.

To create the primary Eda language version, a translation team used voice actors from each dialect group, knowing all would understand. And as expected, there was tension among them as they recorded phrase by phrase.

Then came the premiere. More than 1,000 Eda speakers gathered from the three dialects. Festering with jealousy and suspicion, they segregated themselves from one another. The film team started JESUS.

Then Jesus spoke. They listened to the voice actors from the different dialects and accents. The people became caught up in the story, the love of Jesus. At each miracle they cheered and applauded. The people wept at the crucifixion and exulted over the resurrection. His divinely powerful Word overcame their differences. As that eyewitness described the moment, “A symphony of praise filled the air.”

Of the 1,080 people who attended, 413 indicated decisions for Christ (38 percent)! They were made one, transformed, because they understood His Word. As the apostle Paul wrote long ago, “There is no longer Jew or Gentile, slave or free, male and female. For you are all one in Christ Jesus” (Galatians 3:28* New Living Translation).

Praise and glory go to Him. For your partnership, for your giving and intercession that help bring people together in the Lord, thank you!

Here’s another wonderful account, the unique impact of language: “It was a strange feeling indeed, something he had never felt before.” Tirto was with his two sons at home in the thick Indonesian rainforest. Tirto knew this must be the moment he had heard about.

Weeks earlier, his friend, Slamet, described the gospel to him—that something wondrous happened to him, that the Holy Spirit had totally transformed him from within. Slamet said he had become a new person. But Tirto simply could not understand.

Then Tirto and his sons were invited to a showing of JESUS, a film that had just been translated into their heart language. As the film played, they were awed, marveling at Jesus’ miracles, and the words that Jesus spoke. They had a power that penetrated deep into his heart. Tirto felt that Jesus was speaking directly to him.

Because Indonesia is a nation devoted to a dominant religion, following Jesus would not be easy. Yet, for four days after attending the showing, the words of Jesus echoed deep in Tirto’s being, words such as “Come unto Me all who are weary and I will give you rest … Blessed are the poor in spirit … Look at the lilies of the field … Seek first God’s kingdom.” Tirto realized this must be the work of God, the truth that Slamet had described.

At last, Tirto could come to no other conclusion. That strange feeling was the wooing of the Holy Spirit. He put his faith in Christ and immediately called Slamet, “Please, I must be baptized.” He shared the good news with others and today, his family follows Jesus, transformed because Tirto was able to understand the gospel in his heart language.

Next, I want to tell you about Shada†, a woman from war-torn South Sudan. She had fallen victim to soldiers from an aggressive people group. The men can be fierce warriors, are tall in stature, strong and brutal. I will refer to this large tribe as the Jorman.

† Because some JESUS film teams are working in very sensitive areas, it’s best to change names for security of staff and workers.

Jorman soldiers had raped Shada’s daughter and murdered her brother. Shada came to hate every Jorman soldier, any person from that tribe. She could not stand to be around them, would not speak to them and wished to kill any she could. Hate consumed her.

Driven out by the fighting, Shada was now living in a refugee camp in northern Uganda. A film team entered the camp, bringing with them JESUS in her heart language. Once again, the Word of the Living God spoke to hearts, including Shada’s. She became enthralled by His miracles, captured by His teachings and His love. But then He was brutally crucified, this time by Roman soldiers.

To her this was stunning. For as the Son of God hung on the cross, dying, Shada heard Jesus’ words in her heart language, “Father, forgive them for they don’t know what they are doing.”

She burst into tears and gave her life to Christ. Shada entered into the film team’s follow-up program and confessed her deep hatred and that because of Jesus, she had forgiven the soldiers and Jorman people for all the evil they had done to her. Shada promised to embrace every Jorman person with the love of Jesus.

Radically transformed, Shada joined a church. Today she’s a totally new person, full of joy, because she understood the gospel and believed. The JESUS film workers who witnessed her transformation reported how they presented JESUS to a total of 52,723 people. Of these, 15,460 indicated decisions for Christ (29 percent) and planted 95 new churches! Some are already reproducing.

This is the power of His Word, when translated, recorded, and then heard in a person’s heart language. The effect is profound, especially for people who have never before heard the good news.

Through JESUS, now in 1,867 languages, the Lord has called hundreds of millions into His kingdom. As David Hamilton, an executive with Youth With A Mission (YWAM) has declared, “The JESUS film is likely the most fruitful man-made tool for evangelism in the history of the world. We know it’s the Holy Spirit who brings the hearts of people to Himself, but He works through the tools that we create.”

That tool, JESUS, the visual portrayal of the gospel taken exactly from the Gospel of Luke, is a treasure we delight to share with more than 1,800 ministry partners. And even during the COVID-19 pandemic, when international travel is highly restricted, when recording teams cannot go to record local speakers, staff are still working, training, translating, editing, refining and planning the next language projects. They are even updating the soundtracks of older language versions of JESUS, through what we call the Remix Project.

This is the reason I am writing. You can help translate JESUS for thousands more

through a gift of $150, $375, or $750. Or perhaps you can make possible the first step for a new translation version of JESUS, by creating the basic script. You can cover a portion, or as much as half of the cost of a new script of JESUS through a very generous gift of $3,750.

A current focus is the Remix Project I mentioned. There are 88 translations of JESUS produced years ago that will benefit from a significant audio upgrade, to bring them up to the expectations of today’s more digitally immersed audiences. The cost to upgrade one translation of JESUS is $5,000. You can help increase the effectiveness of an existing translation of JESUS as the Lord leads.

There are also a number of translation projects underway that have incurred additional costs to complete. The average remaining cost is $6,000 per project. You can help finish a translation of JESUS through a gift of $150, $300, $600, $1,200 or if you are able, perhaps you can help cover the complete cost by a most generous gift of $6,000.

Your gift of any size will make a difference, allowing unreached people to hear Jesus speak to their hearts. Give as He leads and provides. And please pray. Pray that as His Word goes deep into millions of hearts—heard in the language they learned at their mother’s knee—that thousands more will believe.

Thank you for whatever you can do this month, to His honor and glory.

PS. Take a moment to examine the enclosed information sheet. It will give you additional facts about these opportunities, how translation teams and editors are at work even during the pandemic. Before year’s end we are praying to finish 58 language translation upgrades of JESUS, available to one billion people. If you can, kindly mail or post your gift by November 30, 2020. To donate today, please click the “give a gift” button. If you would prefer to donate by phone, please call us toll-free at 1-800-918-9929.