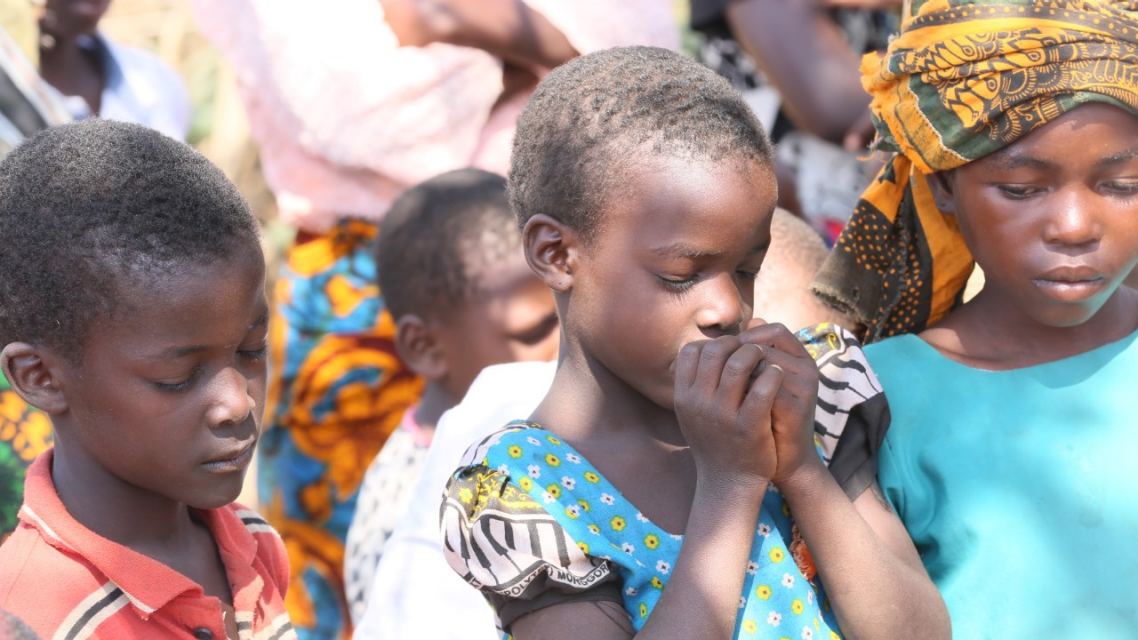 It’s with a heart of thanks that I share this wonderful report.

In India, there is a dear woman living in an area historically resistant to Christ and His followers. [*] We will call her Sarah to protect her. She was ill for four straight years, suffering from a paralysis that was slowly taking over her body. She and her husband tried everything, medical doctors, medicine, even witch doctors. Nothing helped.

Every day she became weaker until she was completely bedridden, forced to use a bedpan. Sarah and her husband had no hope, and worse, no knowledge of the gospel.

A JESUS film team came to their village organized by fantastic local partners, Biglife. (Your partnership supplies this partner’s teams with translations of the film, training, and portable showing equipment.)

Preparing to set up in the village, they heard about Sarah. But how could she experience JESUS? A team member offered a solution, “She can’t come out to watch, but we can go to her.”

So, right in Sarah’s home they set up one of the small, portable equipment sets that you have provided. Eight people gathered, including Sarah, confined to her bed.

The film came to a scene where Jesus entered a home, 2,000 years earlier. A crowd following Jesus assembled outside. A group of men, carrying a paralyzed friend, tried to enter the home. (Sarah’s attention was certainly piqued at this part of the film.)

Unable to get through the press of people, they climbed onto the roof, pulled away the material and lowered him in front of Jesus. Impressed by their faith, the Lord said to the paralyzed man, “Friend, your sins are forgiven you.”

The scribes and Pharisees were highly offended, for only God can forgive sins. So, Jesus directed His amazing words to them: “‘But so that you may know that the Son of Man has authority on earth to forgive sins,’ He said to the man who was paralyzed, ‘I say to you, get up, and pick up your stretcher, and go home’” (Luke 5:24). Immediately the man arose, got up and carried away his bed, glorifying God. Everyone was astounded.

Watching from her bed, something in Sarah spoke to her darkness, “It’s all true.” Unable to move, Sarah thought, “Maybe if my sins can be forgiven, I will be able to walk.”

So, when the film JESUS ended, Sarah asked the team: “I want my sins forgiven. Would you pray for me, because I want to walk!” “Okay,” the team leader said, “Let’s pray.”

As soon as he finished interceding for Sarah, she arose and started to walk! First one weak step, then another. Reaching out their hands, they tried to steady her. All eyes were on her in wonder. Then just like the paralytic man, and without any assistance, she walked outside. Sarah began telling everyone in the village what Jesus had done for her, a literal walking miracle.

Doors for the gospel opened in this resistant village. Over the next seven days, the team showed JESUS in her house and in many other houses of the area. In all, about 325 people experienced the gospel, in their heart language. To Him “Who pardons all your guilt, Who heals all your diseases” goes all the glory.

I’d next like to tell you about another ministry partner, JESUS Film Harvest Partners, Church of the Nazarene. They were among the very first ministries to extensively field their own JESUS film teams, having planted tens of thousands of churches. They tell of a film team in Africa who also wanted to reach a resistant village, one dominated by a very aggressive religion from the north. In a team report they wrote:

“Before we travel to a community, we take time to pray, because we believe prayer is the key to successful evangelism.” Since the village was very resistant to the gospel, friends joined with the team in praying and fasting.

For their protection, they first seek a village leader’s permission and support for a showing. The leader of this village happened to also be the religious leader, the head of the house of prayer. I will refer to him as Markus. He immediately rebuffed the team, saying to the pastor with the team: “No … you can’t preach here. You can’t show the JESUS film. This community is of our religion.”

They left the village discouraged, I’m sure, still praying, asking God for a breakthrough. It wasn’t long before the pastor’s phone rang. It was Markus, “Will you please come and pray for me?”

The pastor went and they sat to talk in the house of prayer. Not only did the Holy Spirit provide a breakthrough, but a miracle. Markus accepted Jesus as his savior! A few days later, the pastor’s phone rang again. “Will you come back to the village?”

When he arrived, he found that Markus had shared the gospel with some local youth. And they had closed the house of prayer! Transformed by the power of God, Markus said, “Pastor, let us plant a church here!” He and the new believers wanted to learn more.

So, where a house of prayer had been, a church was born. There they showed the JESUS film and “… many villagers accepted Christ. Markus has become an amazing evangelist as well as providing extra security for our team. He comes with us wherever we want to preach. Because he is a respected man in the community, we feel safer. He continues to share the gospel with others and always asks people, ‘Do you want to accept Jesus Christ?’ Many people say yes.”

Because of the witness of that religious leader, and using JESUS, they have planted six churches, as the film team report said, “… in an area that was once overcome by darkness.”

I hope that these two reports have greatly encouraged you. It’s a privilege to partner with you as Jesus Film Project® supplies new translations of JESUS (now approaching 2,000) and for other Jesus Film® content. God is using your gifts and intercession to roll back the darkness. You are enabling 1,800+ partner ministries with not just those many translations, but team training and showing equipment. We are all most grateful. Thank you.

You may know that the average worldwide daily cost for one film team is now $38. This amount helps make possible their travel, room and board, the training of new film teams and church planters, discipleship literature, and equipment to show JESUS. Teams like these are also at the core of planting new churches and helping them thrive.

Through their dedicated, courageous work, plus digital evangelism and broadcasting via satellite, radio, and video streaming, one person is coming to Christ every second!

Today, I would like to invite you to continue your partnership. Your gift today of $114 will support three days of film team ministry, or five days by providing $190. You can also sponsor one week of a team’s work with a gift of $290 or a half of a month by sending $580.

Your gift of $1,160 can keep a team on the field reaching and discipling people for an entire month. You may also feel led to help equip a waiting film team by supplying a Church-Planting Backpack Kit through a generous gift of $2,980. Many of the teams working in very resistant areas are asking for a video tablet set ($530) for in-home, private, group showings for up to 25 people.

Perhaps you feel led to do more. According to your ability you may want to consider sponsoring all the work of one film team during a complete year for a gift of $13,920. Your gift of any size will help show people JESUS, disciple and follow up new believers, and plant churches. You can help lead unreached people to the foot of His cross.

As I write, film team support, totaling $2.1 million worldwide needs to be received by the end of May, including for teams like these working in difficult areas.

So, as He leads, would you go with the teams in prayer and giving and let people who have never once heard of Jesus experience Him … “Who pardons all your guilt, Who heals all your diseases.” Help them to be astounded by His love. Thank you for however you can have a part.

PS. We are all amazed at what our God has done. The film JESUS is powerful because it is based on the Word of God, the words of Jesus quoted directly from the Gospel of Luke, heard in their heart language, empowered by the Holy Spirit. Many teams are ready now, zealous to shine His light into the spiritual darkness around them. They need prayer for protection and for fruitful ministry. In excess of $2.1 million is needed for team support, for hundreds of teams, especially those in nations where there are few churches, where the majority of people have never once heard of Jesus. You can give now by clicking on the “give a gift” button. Or by calling (800) 387-4040. To make a tax-wise gift through appreciated stock, an IRA, or a donor-advised fund, call (888) 278-7233 or email stock@jesusfilm.org or ira@jesusfilm.org. You are greatly appreciated.

[*]This report comes from Biglife, an evangelical mission in India, one of 1,800+ partners who use JESUS.