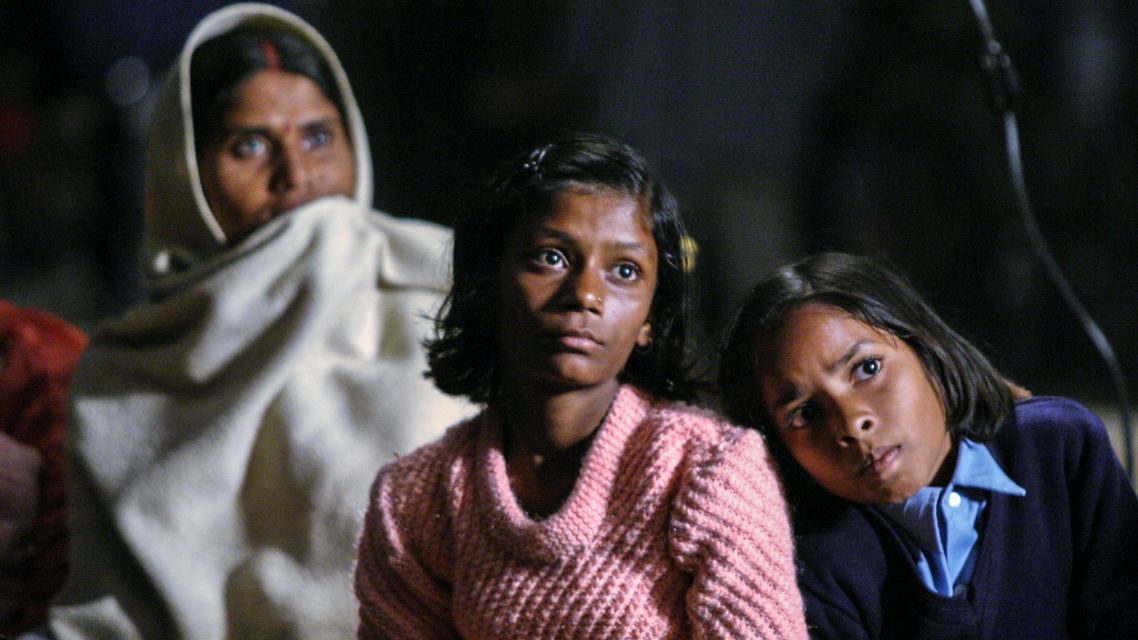 I am very thankful for the chance to share these inspiring testimonies and reports with you.

They come from ministry partners who use the film JESUS. Many send out their own church-planting teams made up of local believers. They use translations of the film (now 1,998!), portable showing equipment, and training you help supply.

These partners are at work around the world making disciples and planting thousands of churches every week. Along with all of us at Jesus Film Project®, these partners are grateful for you!

This first report is unique! I will call him Rubin, a chicken farmer in India. He had a huge challenge: “My chickens started to die every day. I was so disappointed, I sacrificed birds at the temple. Nothing happened. I spent money on treatment, and nothing happened.
I only had a dozen chickens left so I went to the market to sell them. (His step of last resort.)

“There were some people there handing out pamphlets. When I saw the pamphlet they gave to me, I ripped it up because it was about Jesus. I threw it at them and said, ‘There is no god. I have tried so many things to help my chickens and nothing happened.'

“But these men were not angry. Instead, they listened to me. They told me more about Jesus, and I was surprised by their calm behavior. Eventually they won my heart, so I invited them to come to my home. They asked me if I wanted to watch a film, and so I gathered my relatives and friends.”

“There were 40 of us who watched the film. I recognized my mistakes and was ashamed of my behavior. I prayed and asked for forgiveness. These men (the film team) have become good friends to me and pray for me every day. They helped me understand how a person is a sinner and only Jesus can forgive sins. They even prayed for my chickens. What a surprise! My chickens are doing well, too. I’ve decided to follow Jesus, and I thank God.”

This next report came from a partner who also serves in India. They have planted tens of thousands of churches using JESUS. A mission leader with this partner, whom I will call Jamar, shared these stories at a recent ministry gathering. Picture yourself sitting in the audience as he speaks with fervor and amazement (English is not his primary language):

“We have a lady named Lipika. She was an absolutely serious follower of her religion, worshipping her idols day and night. She was pregnant, and the doctor tells her that the child within her has died.

“While she is mourning the child, which would have been her first, she is thinking, ‘What is a way out of this?’ While she is coming back home, she sees a group of people who are watching the JESUS film on a video tablet.

“She stands there, watching Jesus do miracles. She starts seeing Jesus heal different people and then asks the film team, ‘Can this Jesus heal me?’ They said, ‘We are going to pray for you.’ And they prayed.

“Guess what happens? The next time she goes to the doctor, he said, ‘What happened to you?’ She replied, ‘I don’t know.’ Then the doctor explained … ‘This child which was dead two weeks back is now alive. You are going to be a mother of a wonderful healthy child!’”

Jamar continued: “We have a man who is called Ratan. He has a heart blockage. The doctors tell him, ‘You can only live for a month.’ So, he comes back home. The family gets together for an opportunity to see everybody. For after one month, he is going to be no more. During the third week of that month, Ratan sees the JESUS film, at a chance encounter. Ratan recalled, ‘As I was watching the film, I could feel the person of Jesus just walk into my life.’

“By the end of that week, when he was expected to die, Ratan realizes, ‘I am not dying. What’s wrong with me?’ Two weeks go by, then a month and a half. He is still alive. Ratan goes back to the doctor for an examination who tells Ratan, ‘I don’t know what has happened. You’re okay. You’re going to live!’ Ratan goes back to his family and declares, ‘Jesus is alive!’”

“Yes, those are all great things, but it is not about that. The JESUS film is about releasing the presence of God in the darkness. We are seeing little girls who cannot speak start speaking, a lady who cannot walk, now walking. When the presence of God is introduced in the darkness, oh my goodness, the devil starts running. Everyone says the devil is like a roaring lion, that’s what the Scriptures say, but I've started seeing since the JESUS film, since Calvary, Satan is no more a roaring lion. He is just a mouse with a microphone.

“People are being released in the presence of God. We are plundering the gates of hell, making disciples. In our ministry we don’t ask people to raise their hands, thinking the job is done. We are going back to meet with them, in their homes. We start a group, discipling them, and then go from one village to the next.

“Using the JESUS film and our discipleship programs, in the last 17-18 years we have seen over 30,700 groups started in India. We have 50,000 discipleship groups in 146 countries. Jesus is alive and well. This is why I tell every worker, each and every brother and sister involved in Jesus Film Project: You are changing generations. Together, you and all of us are changing the way the world is going to look because this is the business God has called us to.”

For those many partners, for committed church-planting/discipleship teams, and for you, I give thanks. What began as a motion picture about the life of Christ (accurate and faithful to the Bible, the vision of Dr. Bill Bright), has become a worldwide phenomenon. This is not our doing but His as He blesses and empowers His Word, the basis of the film JESUS. Our role, our call, is to supply, empower and train those many partners. You are also a partner, praying for and supporting these many workers, supplying translations, equipment and training. Again, thank you.

This month, would you feel led to go with them, to help send a team, so they can shine His light into the spiritual darkness? It varies by country, but on average each film team needs about $38 per day. This amount helps cover meals, lodging, and travel. It also funds their work of follow up and discipling, of planting thriving and growing churches. This is how you can join in their ministries.

Perhaps you can send a gift of $152 for four days of a film team’s ministry, or a gift of $290 will support them for a week, or $580 for two weeks of showing JESUS and church planting. Should you have the financial resources, is it possible you could support a film team for a month through a gift of $1,160 or a full year by a gift of $13,920? Prayerfully give as you are led and enabled.

You can also help equip a waiting film team with a Church-Planting Backpack Kit (a gift of $2,980), launching their ministry. Every team that receives a kit agrees to present JESUS at least 50 times every year. One kit in the hands of a film team can plant up to 30 churches and show JESUS to as many as 30,000 people publicly, in small groups or in their homes. (Where there is opposition, teams will use video tablets or microSD cards.)

Teams also need transportation to reach the villages, since many are remote, and roads are poor. You can provide a worker with a bicycle for $275 or a motorbike for $3,510. They will put these to good use, taking the gospel to where it has not been heard, discipling new believers, planting churches.

For whatever you can send today—a gift of any size—thank you so much. It’s our honor to come alongside committed partners, as we labor together with you—towards that day when the Great Commission will be fulfilled. I am very grateful for you.

PS. More than 1,800 partners are using JESUS and planting churches. JESUS is now available in 1,998 languages. Global statistics have projected that a person responds to Christ through the film every second, and hundreds of new churches are being planted each day! According to His leading, and your ability, please give today by clicking the button  or by calling (800) 387-4040 to give by credit or debit card. For a gift of stock or from an IRA (QCD) or donor-advised fund, simply call (888) 278-7233 or email: stock@jesusfilm.org or ira@jesusfilm.org. Please consult your own tax advisor. God bless you for your partnership.

To protect ministry partners that work in very dangerous areas of the country, it is better not to mention any names. Lives and ministry could be at risk. Worldwide, 1,800 partners are using JESUS.

The Church-Planting Backpack Kits are highly portable, solar-powered and contain everything a team needs to present JESUS and other films to up to 200 people at a time. During the useful life of one of these versatile kits, and in the hands of committed team members, they can show JESUS to up to 30,000 people.