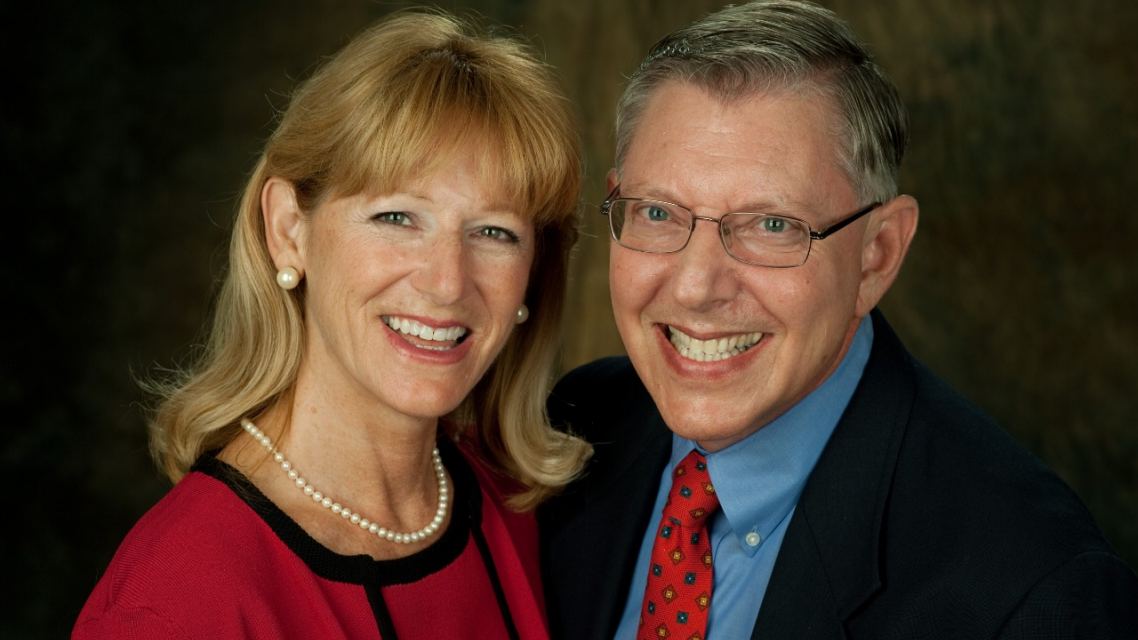 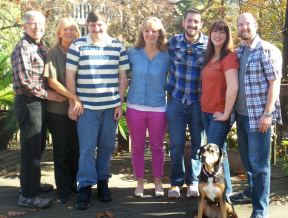 We have been part of the Campus Crusade family for over 44 years.

Upon completing his Ph.D. in Polymer Science & Engineering at UMass on Jan 8, 1977, Allan joined the staff of Cru. After two years of training at Central Connecticut State University in New Britain, he became the director at M.I.T. in Boston. Tricia (who had been the women's director at Boston College) became the women’s director at M.I.T. in 1980, the year we were married. The ministry at M.I.T. experienced great favor from the Lord and in several years became the largest per capita Cru work in the Northeast.
In 1986 the Lord led Allan and Tricia to Cru's HQ in San Bernardino, CA.  Allan began working with Steve Douglass, who at the time was Exec. VP as well as Natl. Director of the Campus Ministry. Steve asked Allan to develop a way to coach volunteers on college campuses to begin Cru works 'remotely.'  Student LINC was born and became a major catalytic strategy, now known as Student-Led Ministries.
Later, in the mid-'90s, Steve asked Allan to help launch Cru's first website. The Lord revealed that simply placing "The Four Spiritual Laws" online in various major languages attracted growing interest from seekers around the globe. That led to the formation of the WorldLINC ministry, which merged in 2006 with another Cru ministry named Global Media Outreach. This later ministry became a separate 501(c3) in 2011 and Allan was loaned to them through June 2017.
At that time, the Lord clearly led Allan to return to a full-time ministry assignment with Cru. He now serves as the liaison for Cru's President Emeritus' for GO2020, a worldwide effort to train millions of Christians to share their faith, disciple new believers, seek to integrate them into vital churches ... or plant new ones. He also provides training in Principles of Collaboration, so that Christian ministries can better leverage their resources to accomplish the Great Commission locally or nationally.
Tricia reports to Cru's General Counsel’s Office (GCO), having graduated Cum Laude and successfully passing the Florida Bar in 2008. Her primary GCO work involves the growing area of intellectual property within Cru.
We have three children: Christina (who is married to Daniel Janek), Joshua (married to Lauren), and Daniel. Our youngest son (Daniel) is severely autistic and lives in a dedicated Christian community in Georgia for special needs adults with intellectual and developmental disabilities.
Tricia and Allan see the need to help others who care for "differently-abled" adults prepare for their future. Hence, we sensed God wanted her to pursue law in part to take care of Daniel's future needs as well as help others facing this difficult situation. Tricia also serves on the Board of Wesley Glen Ministries (where Daniel happily resides) in a volunteer capacity.
Like all staff including the President Emeritus, Steve Douglass, we have the privilege of looking to the Lord to work in believer's hearts to help provide for our financial needs. Though Tricia serves in Cru's General Counsel's Office, and Allan in the Office of the President as Steve's Liaison for Go2020, we receive no additional compensation from either the GCO, Cru, or Wesely Glen.
Our salary is supplied by our team of ministry partners.
Would you prayerfully consider contributing to our work? One key reason is that your gifts will go toward a very effective, worldwide outreach partnership. Cru's goal is to offer everyone on earth multiple opportunities to come to know Christ and grow in their faith through 2033, the 2,000th anniversary of Christ's death and resurrection. For example, in May 2020 the Jesus Film Project [a ministry of Cru] recorded over 168 million people who were exposed to a clear Gospel presentation, and over 12.5 million indicated decisions for Christ. Allan focuses on providing training on how ministries can work better together in collaborative efforts both for the Go Movement (a global evangelism outreach) and All.America.
A second is Tricia’s focus on "the least and these.” There is a rapidly growing number of adults with severe atypical abilities yet few Christian environments where they can live and be well taken care of. Tricia is working to ensure Wesley Glen continues to develop as one of those 'safe' places and becomes a model for others.
A third is simply the costs associated with taking care of Daniel. Autism is not a life-shortening condition. He may likely live well into his 70's (or even 80's). We have much to trust God for.
Thank you for asking God what He would have you contribute to help meet our ongoing needs! We would be very grateful for your gifts.