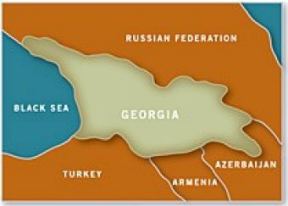 Population of 4,615,807
Located in Southwestern Asia, bordering the Black Sea, between Turkey and Russia

Independence has been soured by some interethnic wars abetted by Russian efforts to control the country. The lot of most Georgians is harsh due to massive unemployment and economic setbacks. The small Protestant Church survived under Communism, but since independence there has been sustained hostility and opposition from factions in the Orthodox Church.