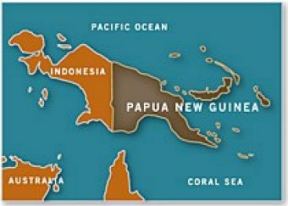 Population of 6,888,387
Located in Oceania, group of islands including the eastern half of the island of New Guinea between the Coral Sea and the South Pacific Ocean, east of Indonesia

Papua New Guinea is ethnically and linguistically the world's most complex nation, where economic development is a major challenge. There is freedom of religion, but nominalism, syncretism, fear of witchcraft and evil spirits are widespread. Strong tribal ties, ancient animosities and diversity of languages are barriers that hinder fellowship. Almost the entire population has some link to a Christian denomination, but the old ethnic, predominantly animistic religions remain a powerful underlying influence.