It's in the DNA of Cru campus … Win-Build-Send

To win, build, and send college students for the cause of Christ - we need your help today. 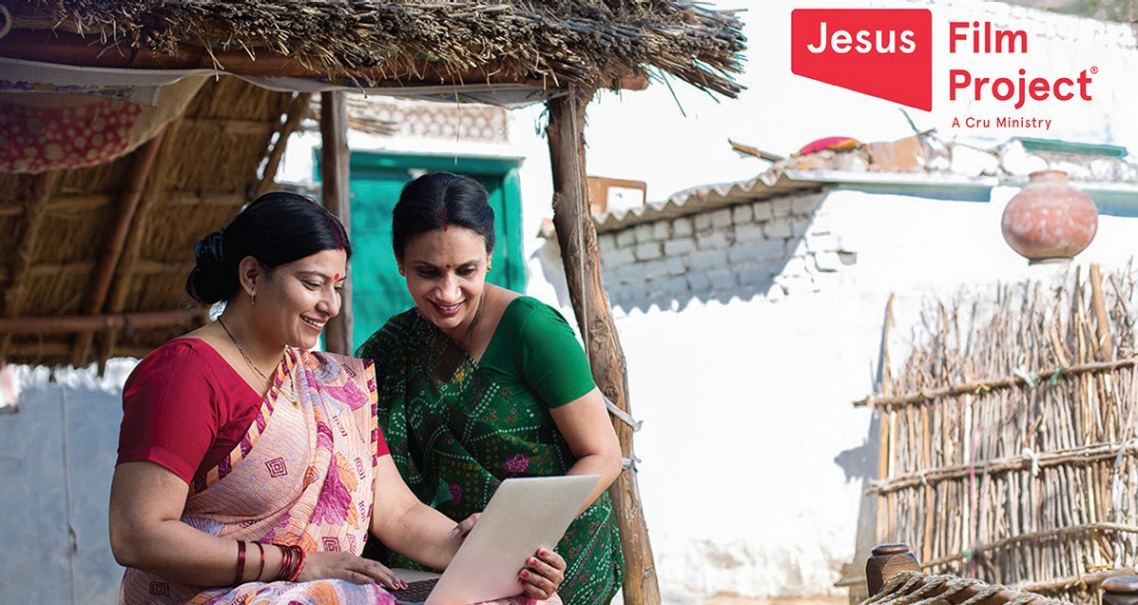 Your prayers and giving are the key reasons I can share these wonderful reports.

In the Sermon on the Mount, Jesus said, “You are the light of the world. A city set on a hill cannot be hidden” (Matthew 5:14*). You are shining His light brightly on many hills, in cities and rural areas through Jesus Film® media to millions who have never once heard the gospel … until now. What can I say but thank you!

In a large nation in Asia, the Lord imparted an idea to the wife of a staff leader. She recalled: “While we were screening Magdalena, the version of JESUS for women, I became very excited. I saw the potential. I thought we could hold trainings for hundreds of Christian women. We can show them how to host tea parties and present Magdalena right in their homes to their neighbors and friends.

“As a result, through several such trainings, hundreds of thousands have come to know the Lord! One of the ladies we trained said that while she was showing Magdalena, so many people wanted to know more about Jesus that she was able to start a church among the new believers and seekers.

“Even though it is difficult to show films publicly in my country—because of pressure from people hostile to the gospel and the pandemic—we are turning more to video tablets. Thousands are coming to faith just by watching short segments of the films privately. We are amazed. I think of a woman, Tabatha†, whose daughter-in-law was very sick and would not eat. If she became pregnant, her babies would die. Greatly frustrated, Tabatha took the girl to medical doctors. Nothing helped. Then she took her to a witch doctor who rightly diagnosed the girl as being possessed by an evil spirit. That was upsetting news. Scared, Tabatha gave the witch doctor money to cure her. But that failed too.

“That’s when Lydia, one of the trained women, was hosting a small fellowship, a weekly tea in her home. She invited Tabatha. While with the group, Tabatha shared her fears and frustrations. Lydia took out a video tablet and showed her the segment from the JESUS film where the Lord cured a demon-possessed man. Tabatha became very excited and asked, ‘Can you come tomorrow, and would you show the whole family this film and pray over my daughter-in-law?’

“Using her training and the video tablet, Lydia went next door to their home and showed JESUS to all the family. She prayed over the daughter-in-law. God answered and miraculously healed her. The demon left. The entire family believed. They are now faithfully attending the same fellowship and growing in their faith. And they are being discipled through films they watch on that video tablet, leading others to Christ.”

It’s your partnership that helps provide the training and supplies the video tablets. It’s your prayers that help open doors and hearts. It’s the courage and faithfulness of His laborers that introduce unreached people to the gospel through JESUS and Magdalena. But most of all, it’s His power, His Word and the work of the Holy Spirit that call people into His kingdom. To Him goes all the praise!

Allow me next to tell you about a couple in Central Asia, Olga and Askar. Also trained to use these tools, they started by showing love to their neighbors through giving out food to the poor. They established a relationship with an older man and woman. After giving these elderly folks much-needed aid, they asked for permission to show them a clip or two from JESUS.

The older couple watched and were stunned. Never had they seen such miracles or heard such words. They had never even heard of Jesus and had many questions. Then, without even watching all of JESUS, this older couple prayed to receive Christ. Olga and Askar now come to their home, following them up by showing them episodes of Rivka (a discipleship film series) on a video tablet you provided. They have been made new in Christ.

Here’s another encouraging report, the fruit of your partnership! Her name is Prisha. Back and forth she paced in her small living room, consumed with worry about her missing daughter. Once again Kyra had run away. Prisha had no idea where she was … “out there, alone and afraid.” Kyra suffered from mental illness—perhaps demonic oppression. Her mother and father had tried everything. Nothing brought her relief. This mother was at her wits’ end.

That’s when Maryam, a neighbor, arrived. She too had recently attended one of the women’s training events. Maryam asked if she could show them Magdalena in their heart language. They agreed. Prisha was amazed at Jesus’ miracles, how He healed women in the film. The Holy Spirit witnessed to her heart that all she was seeing, and hearing was true. She turned to Maryam and asked, “Can Jesus heal Kyra too?”

With confidence in her Lord, Maryam replied, “Yes!” So, Kyra’s brother went searching for the girl and brought her home. Maryam spent the next two days in prayer. By the end of the second day, as staff described it: “Her years of pain and struggle washed away. She was at peace.”

Kyra, her parents and her brother all accepted Christ! The girl began sharing her testimony with others. People in their village knew how sick and oppressed Kyra had been. Seeing her miraculous transformation, 15 other people became followers of Jesus. Today, Kyra herself uses Magdalena discipleship materials to lead a Bible study in her own home! Our God is so good.

For all I have shared, I say thank you! It’s my joy to pass along these reports, knowing it is your intercession and your giving that make it all possible by equipping staff, ministry partners, volunteers and lay leaders with video tablets, DVDs, microSD cards, NewLifeBox™ kits, the Jesus Film Project® app, and livestreaming.

I’m sure you are familiar with video tablets, online video streaming, and SD memory cards. No explanation needed! The NewLifeBox kits, however, are a new innovation, battery-powered and small enough to fit in a pocket. They set up an internet-like, Wi-Fi hotspot literally anywhere, reaching once-unreachable people with the gospel. A worker turns on a NewLifeBox and every phone within a 150-foot range can log onto an available Wi-Fi hotspot with the description, “Watch a film about Jesus.”

The NewLifeBox kits can hold up to 140 films in various languages for immediate streaming or download for later viewing. All a worker needs to do is turn on the device and watch people all around show interest, begin watching and downloading. It happens even in closed cultures where people’s lives are without hope and meaning. The device allows people to seek truth privately and safely. Even people traditionally resistant to the gospel are downloading and watching.

Seeing how God is using these tools, may I invite you to again help equip waiting film teams, ministry partners and trained laypeople with one or more of these devices? Here are some tools by which you can give unreached people the gospel in the language of their hearts. Please consider:

$1,620 – Half the cost of one Church-Planting Backpack kit

Please pray about one of these options. If God should confirm in your heart, and provide you with the resources, give joyfully—knowing you will be shining His light into the hearts of many.

One last report, how God is using digital technology! Tarek is Persian from a devout family. They all followed their religious traditions. After migrating to Europe, Tarek came to Christ and had a great burden for his family to also know the truth. So, he engaged them through social media and Skype. He invited them to watch JESUS via livestreaming. They watched on their phones or in their homes and were deeply moved. They responded, “The JESUS film is wonderful.” His family became followers of Jesus!

This is the power of His Word, delivered through these digital tools—when the light of His truth shines bright into unreached hearts. I invite you to shine that light into the spiritual darkness to many more, as you are led and able. Be that city on a hill, shining light that cannot be hidden. Thank you so much.

PS. Every four months, managers of Jesus Film Project® meet to allocate funds given to the greatest needs, honoring your wishes, and being fully accountable. Today, more than $1.8 million is needed. To donate today, please click the “give a gift” button. If you would prefer to donate by phone, please call us toll-free at 1-800-918-9929.